The Czech locomotive manufacturer CZ LOKO has started the development of a hydrogen-powered locomotive. For the time being, the project is in the feasibility study phase, which will determine whether a prototype will be built. This was stated by Jan Kutálek, Sales Director of CZ LOKO at Žesnad technical seminar in Olomouc on November 22, which was attended by leading representatives of the railway industry and carriers. The locomotive with a maximum output of up to 800 kW should use hydrogen cells for charging the traction batteries.

“The European Green Deal, which promotes the reduction of carbon footprint, is a major challenge for us.  We are developing 2 types of dual and 2 types of hybrid locomotives. We continue to monitor this trend and analyse in detail the advantages and disadvantages of these unconventional solutions. And hydrogen is another one of them, because the Green Deal entails a fundamental change in the behaviour of the entire EU market. Unfortunately, the dynamics of change is much more considerable than the market's ability to adapt to these changes,” added Jan Kutálek.

He remarked that “green innovations” cost a lot of money and can only be afforded by the most powerful companies. However, the innovations also have their dead ends, and therefore the company pays great attention to the operational suitability and sustainability of the chosen solution. This was also the reason why CZ LOKO abandoned the development of compressed natural gas (CNG) locomotives years ago. The company finished the technical design and built prototypes, too, but after consulting the railway carriers, the mass production has been evaluated as unrealistic by the company, and the project was terminated.

This is similar to the TEM 35 hybrid locomotive for Russian railways, combining a diesel engine with a supercapacitor for the start-up, or the HybridShunter 400 dual locomotive recharged from an external power grid and a back-up diesel engine. Both solutions ended up as prototypes which were tested, the driving characteristics and systems were verified, however, the development ceased at this point.

“But without these innovative projects, we would have never moved on. Thanks to them,

we now know what not to do, but we still only suspect which way to go. We are looking for an option that is not too demanding in terms of building additional infrastructure, that allows for modular solutions and a common maintenance base with our other vehicles,” Jan Kutálek commented on the challenging development process going hand in hand with the search for the best solutions. This also includes easy operation, maintenance and servicing. The aim will be EU-wide certification and affordability, although such a “clean-powered” locomotive will always be significantly more expensive than a conventional vehicle with a diesel engine.

Among the “green” CZ LOKO products with which the company now links its future is the DualShunter 2000, a dual locomotive combining trolley power and a diesel engine, allowing operation in both the dependent and independent traction. It is designed for light and medium-heavy line service and shunting. It is to be put into operation in 2023 in Italy and two years later in the Czech Republic and then in the neighbouring countries, too. It will be possible to replace the diesel engine with up to three battery packs charged from the trolley line or from an external source.

Another vehicle of the future on which CZ LOKO is betting is HybridShunter 1000, a plug-in hybrid locomotive for shunting. It is powered by up to three battery packs with a total usable capacity of up to 600 kWh. The backup is a diesel engine for battery charging. In terms of price, this will be an affordable alternative to conventional shunting vehicles. The company plans to launch this type in 2026. It will be a product suitable only for a certain type of operation that does not require continuous deployment or availability. That is, for sidings, not for line service.

At the same time, CZ LOKO is working on other eco-friendly locomotives - the E-Shunter 300, which is a battery locomotive for light shunting, and the aforementioned hydrogen locomotive, which the company is currently referring to as the HydrogenShunter 1000.

“In our view, the question is not who will be the first one in the European market, but who will be the most successful one and will come up with the most effective solution. This is what we are mainly focused on,” Jan Kutálek concluded. 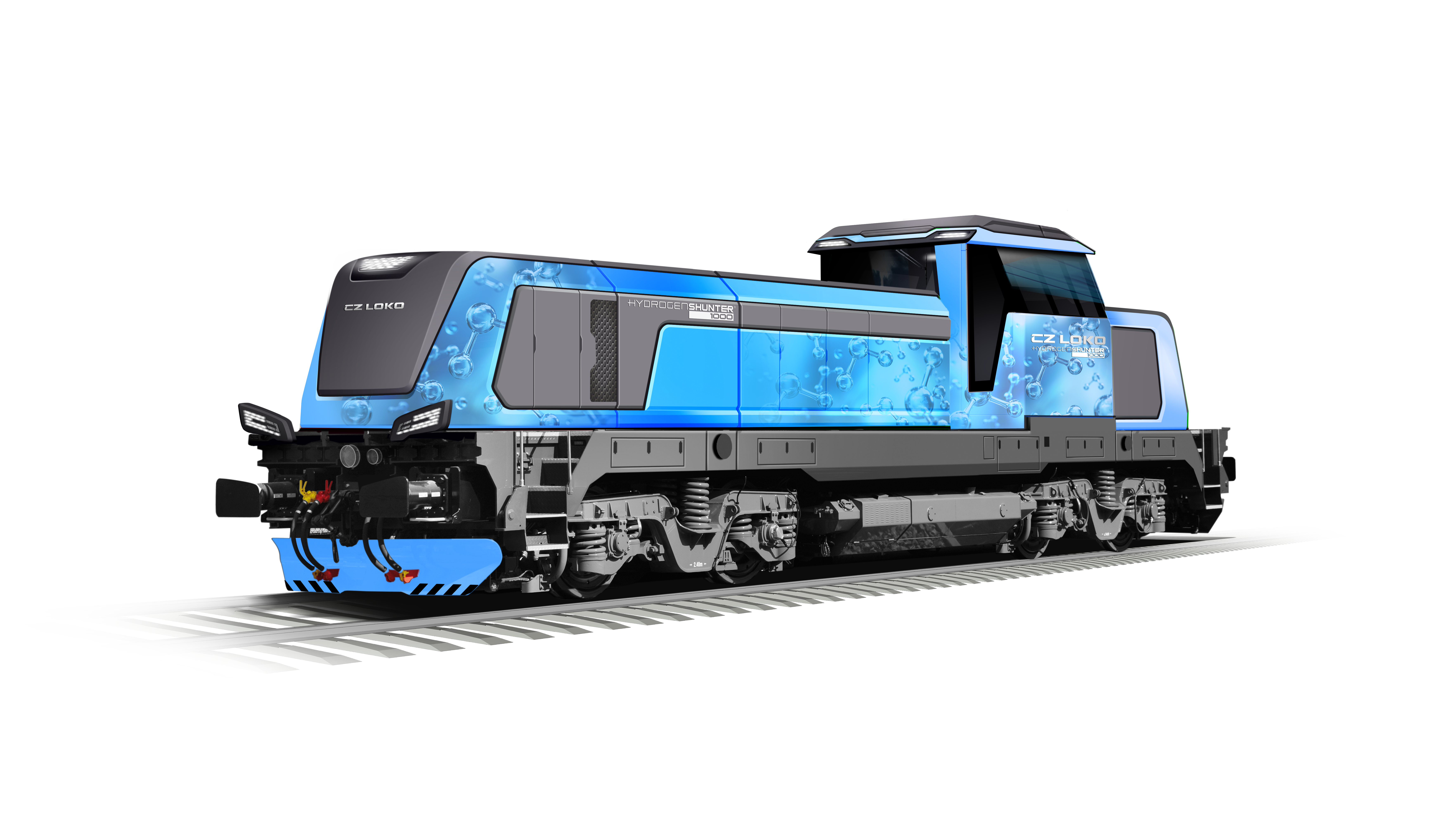