Sweden will become the twentieth country in a row in which the locomotives from CZ LOKO, the Czech locomotive manufacturer, will run on local rail lines. It will be the EffiShunter 1000 in the colours of Trainpoint Norway, a Norwegian company offering locomotive rental and maintenance services in addition to business activities. According to the contract concluded in February this year, the locomotive should be completed in 2021 and tested during the follow-up trial phase. The project aims at putting the locomotive into trial operation in the first half of 2022. The approval process should be completed by the end of the same year. The approval by Norwegian authorities should be the next step.

“CZ LOKO convinced us with their broad portfolio of locomotives and the possibility of modular modifications for specific operating conditions. The locomotive will need adaptation for deployment in the northern regions of Scandinavia,” explains Hans Sørum, CEO of Trainpoint Norway.

CZ LOKO has gained extensive experience with locomotive deployment in the climate of the Arctic in Finland. The local carrier Fenniarail deploys EffiShunter 1600 locomotives in areas north of the Arctic Circle, where temperatures normally fall below -40°C in winter. Moreover, for the operation on Swedish rail lines, the four-axle EffiShunter 1000, powered by a CAT C32 internal combustion engine, will be equipped with a national ATC train control system and a uniform European ETCS signalling and control system. These features will allow not only shunting operations but a full-fledged line service.

“We see great market potential in Sweden and Norway. We know from negotiations with Trainpoint Norway that there are more than a hundred locomotives, many of them decades-old. Keeping them in operation will become more and more demanding not only due to age but also the absence of ETCS. These locomotives will need to be replaced in the coming years,” says Jan Kutálek, Sales Director of CZ LOKO.

However, it is not just about ETCS. Scandinavia is generally one of the pioneers in the use of green technologies. Sweden will ban the sale of diesel cars within a few years, and it can be assumed that such a decision will apply to the railways in the nearest future.

“We like the idea of replacement packet systems. In the future, we expect to replace the internal combustion engine with batteries. We also appreciate that CZ LOKO has started working on a new generation of green locomotives, such as the HybridShunter 400 and DualShunter 2000,” concludes Hans Sørum from Trainpoint Norway.

Color scheme of the locomotive EffiShunter 1000 for Trainpoint Norway 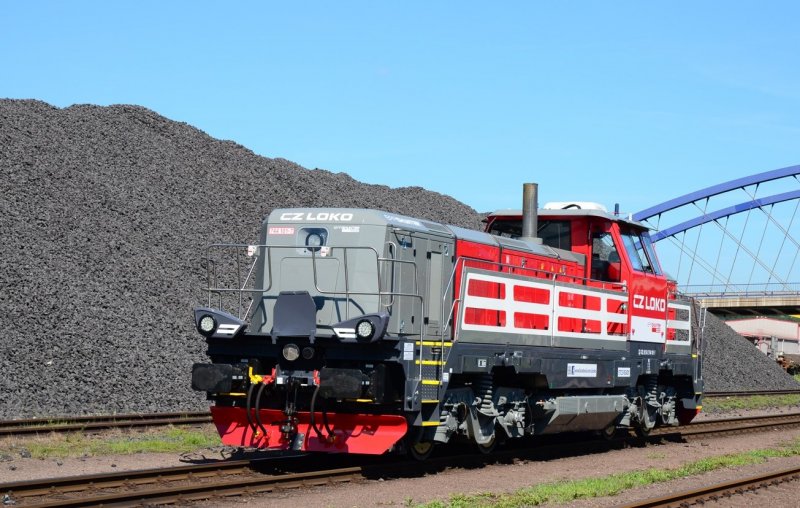