CZ LOKO has got another new customer in Italy: EVM Rail

Despite the complications caused by the Covid-19 pandemic, CZ LOKO has concluded a new contract with the Italian carrier EVM Rail for the delivery of an EffiShunter 1000 locomotive, which will take place in October. The contract also includes an option to purchase a second vehicle.

“I am very pleased that we can effectively handle day-to-day problems caused by the pandemic. Despite all expectations, our exports have not stopped, but continue successfully. This is largely due to the work of our entire team,” says Jan Kutálek, Sales Director of CZ LOKO. The company is helped by its strong know-how and process control with the application of a number of clever “remote” solutions. Whether it’s activation of locomotive components, video tutorials, service support or data sharing.

EVM Rail is an emerging northern Italian carrier, operating within the Gruppo Etea multinational group. The group covers a wide range of activities from engineering to agriculture, food industry and renewable energy.

“The implementation of its own rail transport should help it streamline logistics. Due to the expected development, we assume they will use the option,“ added Jan Kutálek. The contract will be financed by Alba Leasing.

During July, CZ LOKO delivered EffiShunter 1000 locomotives produced at the Jihlava and Česká Třebová plants to customers in Italy and Slovenia. Five of them were received by Sangritana, TPER Trenitalia and TPER Dinazzano. These locomotives were activated at the customers’ sites with the help of the subsidiary CZ LOKO Italia.

Other four vehicles will be delivered to the Slovenian carrier SŽ-Tovorni promet after the completion of a simplified approval process for operation on tracks in the port of Koper on the Adriatic Sea. In addition to serving the port itself, the carrier plans to use them for eventual line service. For these cases, the locomotives are equipped with the Indusi Autostop train protection system. 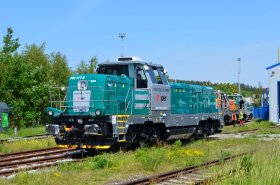 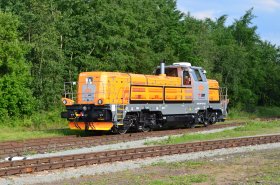